This is a nice portrait by Kim Dingwall. I really like the rustic textures on the face. The treatment of the hair reminds me of some advice I received long ago: “Plan to spend as much time on the hair as you do on the face”. In this case there isn’t as much hair to worry about as there might be, but it’s still important. The little wisps of hair coming out of the bald areas add to the realism. The contrast of his white eyebrows against the shadow side of his face adds to it as well. They are very deliberate and believable. Working in scratchboard can be a balance between what to show and what to leave in the dark…even if it’s in the reference photo. The light stippling around the shoulders is an example of that. The shapes of the ear and shoulders are revealed in a subtle way that adds dimension but doesn’t overpower. 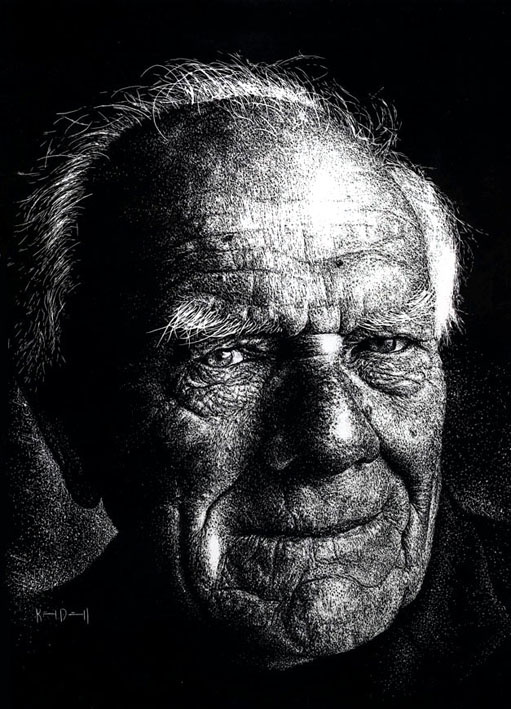